allo…testing…yut…yee…sam…Just testing this thing out since it’s been a while since I blogged.  So much has gone on since my last post. So much that I have not been able to put it together in proper words, but I do have some images. But, before I get into that, I wanted to share an amazing session I had with one of my couples this year.

Enter Jessica and Vince who were refered to me by “friends friends friends”, so Jess put on my contact form. It’s always nice be refered by past couples and/or members of their wedding parties. Thanks Winnie!!

Leading up to the shoot, I have to say that the weather got me down. It did not look good but we were so happy that the rain held off. It was however, windy and a little chilly. No matter though, Jessica and Vince, fresh off a plane brought it which is all I really ask of my couples.

Although I typically shy away from shooting at Toronto’s Distillery District, we shot here because this venue was where Vince proposed to Jessica, so the place had significance to them which is always a nice touch.

Vince would point out possible proposal locations he had planned when they were on their date. One such location he recounted was near some rocks and some beautiful lights. With his hand clutching tightly to the ring box, he asked Jessica. “Do you think this is romantic?”  expecting her to concur, to which she replied….”No! There’s this weird…” and before she could finish, he released his hold of the ring which fell back into the depths of his pocket, grabbed her hand and moved onto another spot. It was all super cute and fun when he told me that story.

Throughout the session, I experienced their swagger (which shall not be shared), their super fun side and their intimate side which made the session so much fun and easy to shoot.

Here are a few of my favorites of the day. 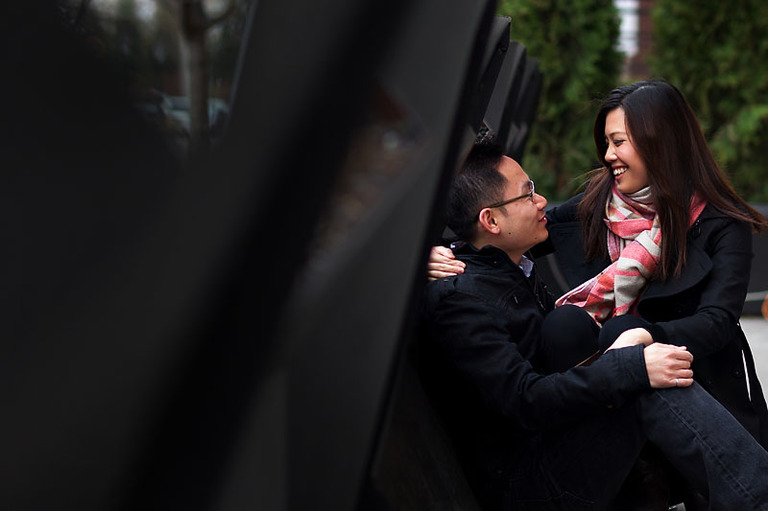 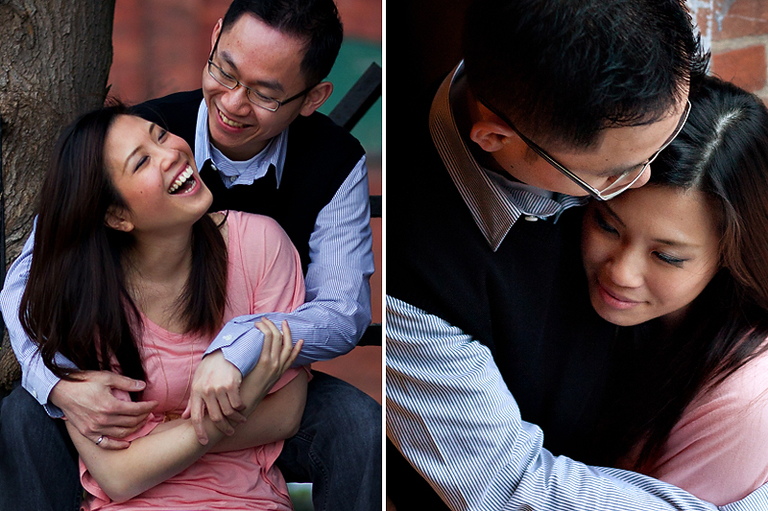 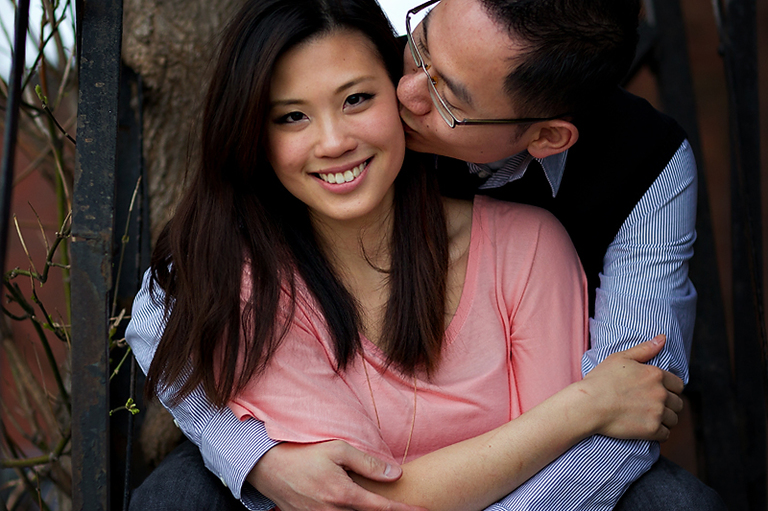 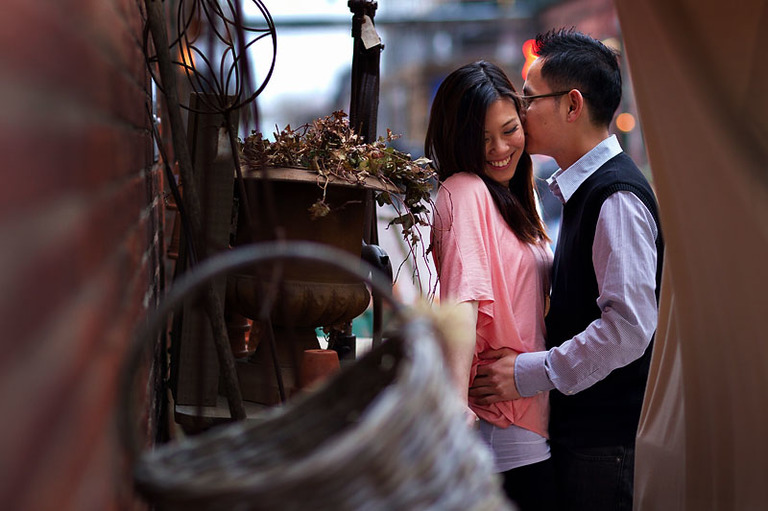 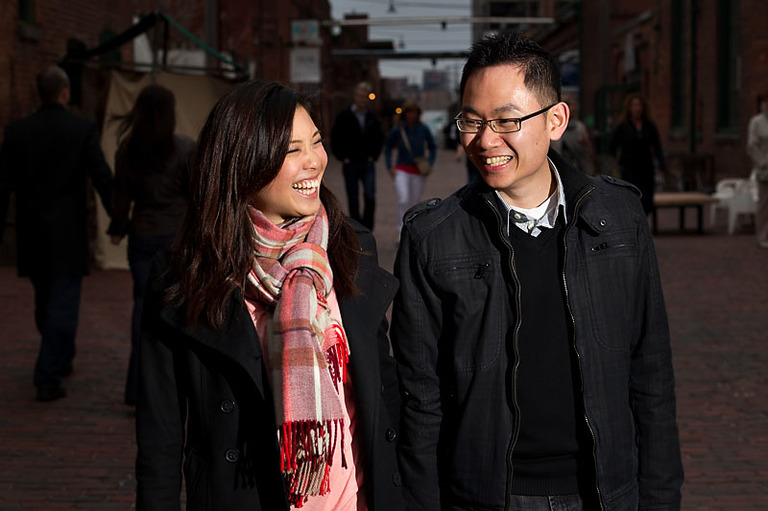 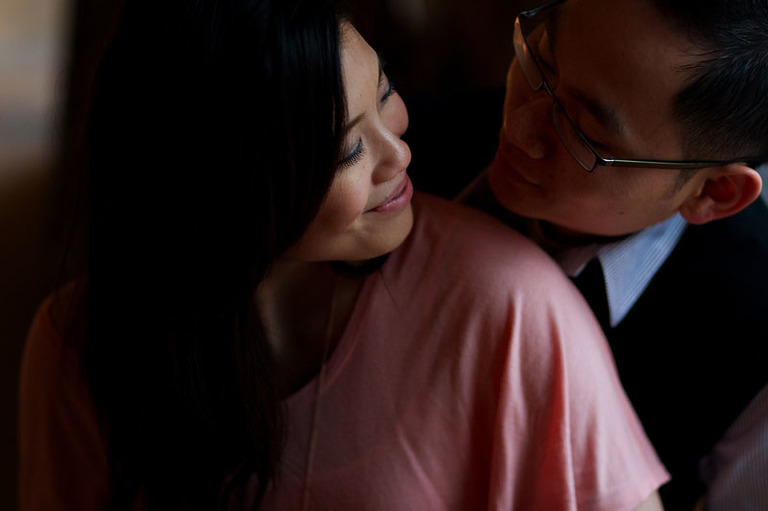 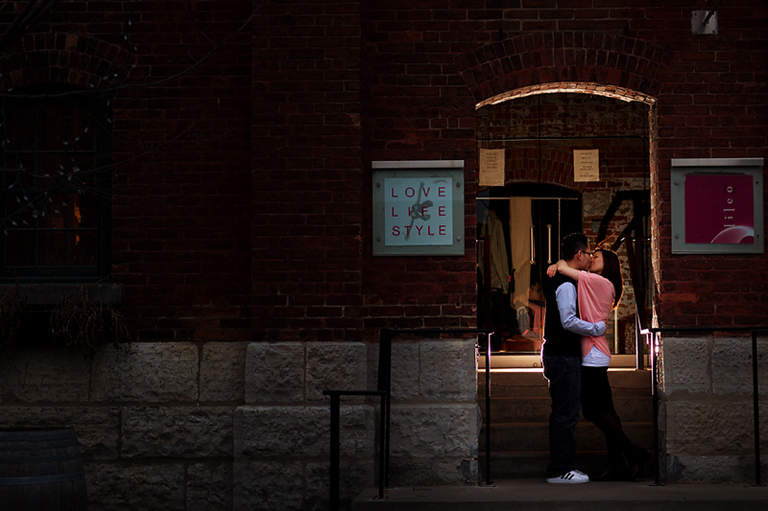 This is the location in which Vince proposed to Jess. I think that this has got to me my favorite of the day. 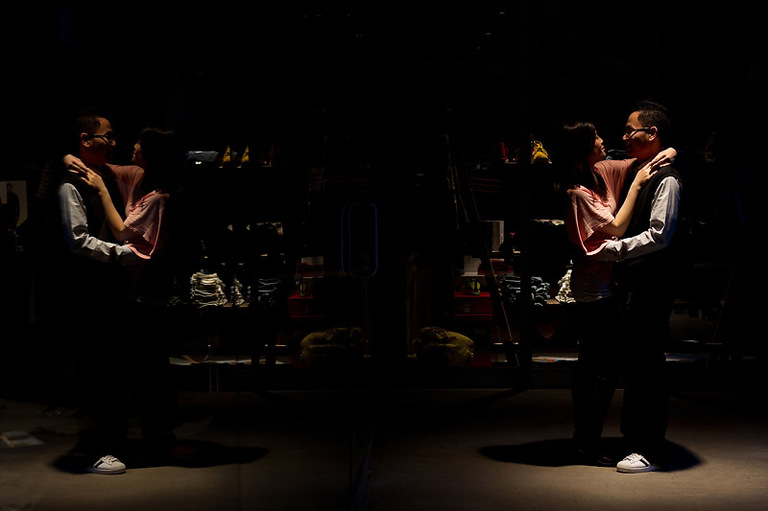 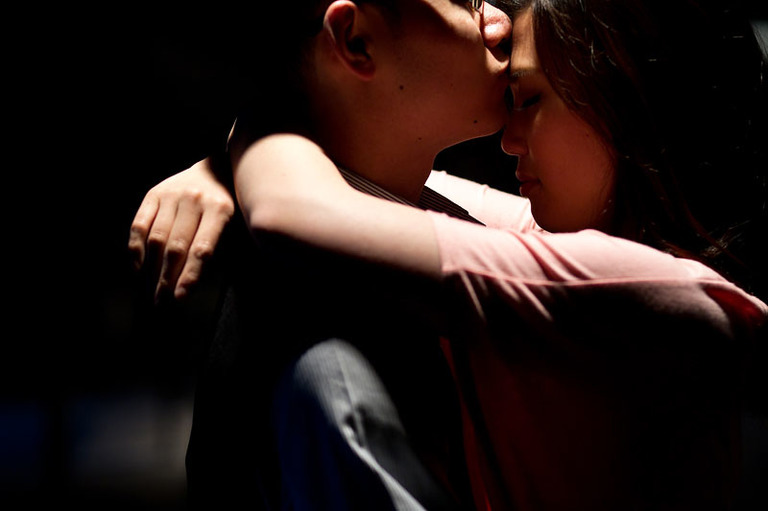 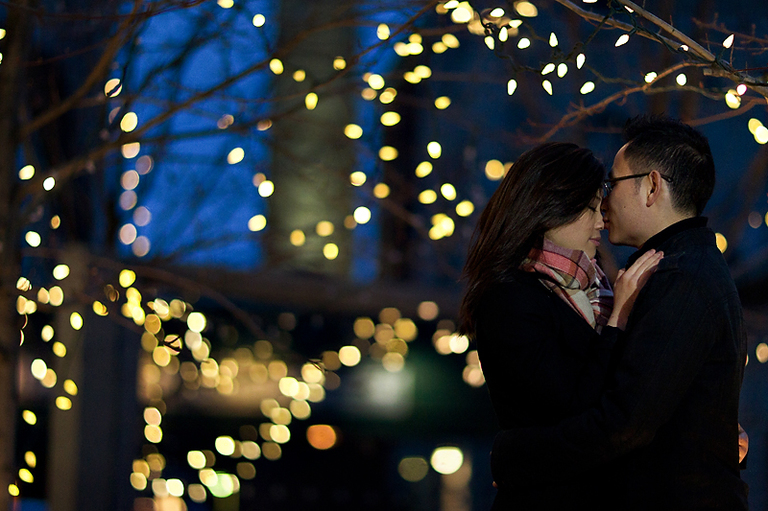 This last shot is not something that I would post. I would include it in the disc but when I see this image, the word that comes to mind is BOOYASHAKA!!! Although I have no clue what the word even means (yea…I am that cool!) I felt it was appropriate as don’t forsee another opportunity to use that word so I am taking advantage of this. 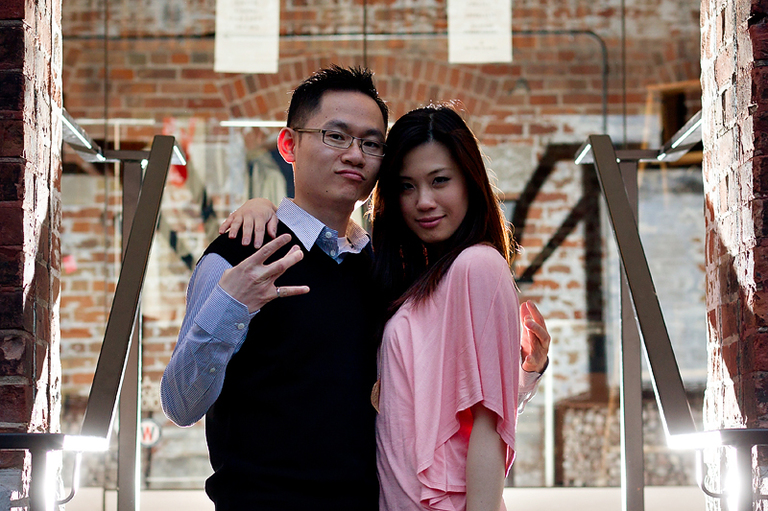 I cannot tell you how much fun I had shooting them, they were just so dynamic and fun, I could not have asked for a better session to kick off the season. Thank you so much guys and I can’t wait to document your wedding next month!!!

« Tuncay and Isa are Married!!Jasmine, Adhir and the swarm of extras »