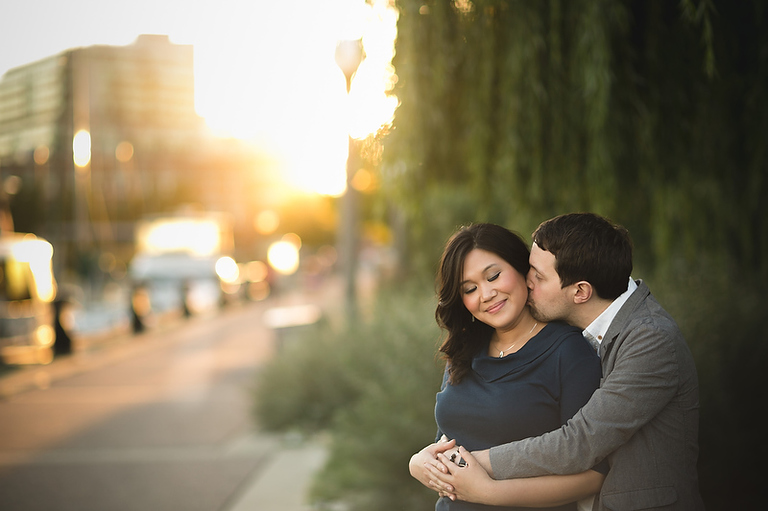 Kevin is outgoing, friendly and incredibly easy to work with. Prior to choosing Kevin we had looked at a number of photographers. We met with Kevin on the recommendation of another photographer who we had approached to shoot our wedding and was unavailable. In hindsight it was a blessing our original choice was unavailable as I don’t believe any photographer could have provided us with a better service.

My wife met with Kevin a couple of time prior to signing with him, once just to meet him and look at some of his work and once to sign the contract. Between these meetings Kevin kept in regular contact via email answering out questions and at no time did we find Kevin to be pushy with the sales pitch. While Kevin’s service was more expensive than some of the other photographers we were looking at we decided to go with him based on the body of his previous work and because my wife got on with him very well during their initial meeting.

After we had signed the contract Kevin also provided us with recommendations for other vendors he had worked with in the past, and started to help us plan out what he/we would need for the engagement shoot and on the day of the wedding.

Kevin shot the engagement photo’s himself and turned around the images to a processed digital format in good time and we were happy with the images provided. However it was at the wedding that Kevin’s service really impressed us.

On the wedding day Kevin, and his wife and second photographer for the day Lucy, were unbelievable working tirelessly to capture images of the day. During the formal photos Kevin was very patent and gracious with our various family members that insisted on taking their own photos, often getting in his way. During our casual shoot with the wedding party Kevin was able to magic what would turn out to be beautiful settings out of fairly unremarkable surroundings, and when my wife and I went for our shoot together Kevin was responsive to our requests. Lucy was also a total god send on the day, even helping my wife touch up her makeup while we were outside for our shoot together.

A couple of months after the wedding Kevin provided us with a password protected online album of the images to look at while he put together our printed album. This is perhaps where my only criticism of Kevin’s service may lie. I would have liked the images sooner! However having looked at other photographers prior to choosing Kevin, turnaround of images for the wedding day was almost universally a lengthy process, and Kevin was very clear about the time to process the images in his contract with us. That said the album we received from Kevin was definitely worth the wait.

The final album came in a beautifully embossed box, with a similarly beautiful hardback cover. The images were printed directly onto the album paper and were a stunning quality, looking more like a high end art book than a photo album, the box also contained a copy of all of our images on a Fungke Images branded USB drive, which sat perfectly inside a small indentation in the album’s box. The quality and attention to detail of this final product really blew us away and further sets Kevin’s service apart from that of other photographers. Certainly no one we know has a wedding album even in the same ball park as ours.

If you want a cheap photographer that will give you all your images quickly and with little processing then Kevin is not the man for you, however if you want beautifully processed images and an album that you will treasure for a lifetime I doubt you could make a better choice.