The calm after the storm…Susan and Kevin’s engagement. 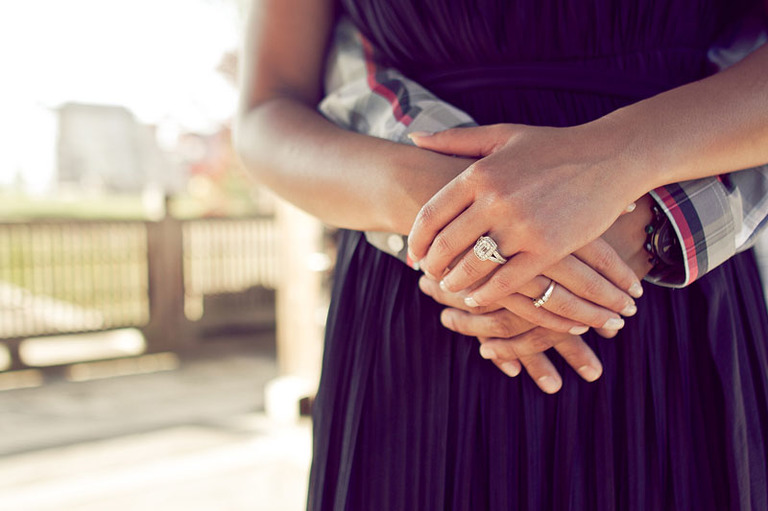 Last Sunday, I had the pleasure to photograph Susan and Kevin’s engagement. I was really looking forward to it as we have canceled the session before due to bad weather. I was taking an afternoon nap, (I am not old, I just like my naps!) when I was abruptly awaken by a rumbling sound. Naturally I thought, tractor trailer or construction truck passing through the neighborhood. I crawled out of bed and peeked out the window still half asleep. The clouds got darker by the minute which prompted me to go and double check the weather online. Once the page loaded I was greeted with an unfamiliar flashing red bar that read “Sever Thunderstorm Warning for Toronto, Mississauga, Brampton”.  Oh (insert obscenities here)!!. It was about 4pm and I dialed Susan’s number hoping to intercept her before she left for her make up appointment. Errg….no answer. I then heard a loud crash and then the rain began. Profanity began to fill my head as I watched large puddles forming on the street. My phone began to vibrate, I pick up and it was Kevin. The call went something like this…

Kevin: So, it’s looking like a torrential downpour right now, is it raining where you are at?

Me: Yeah it’s the same here. I tried calling Susan but I take it she’s at her appointment.

Kevin: Yeah, I don’t think she wants to cancel this time.

Me: Well, we’ll see how it goes, I am checking the hourly weather report and it says it should clear up by the time we shoot.

By 5pm, things settled down. The clouds began to part and the sun peeked through. We made arrangements to meet at Kariya Park in Mississauga a little earlier for our shoot and I am glad we did because we were covered in beautiful light the whole time. Susan and Kevin were great to photograph and just be around, I can’t wait for their wedding next month! Here are some of my favorites from the session. 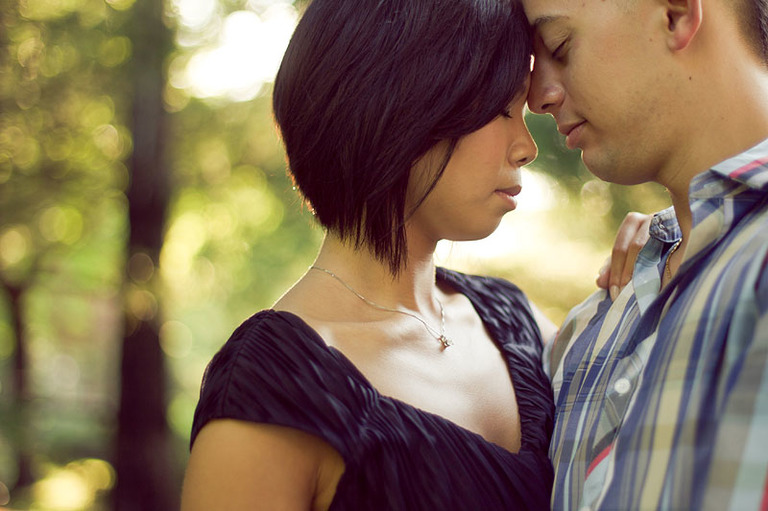 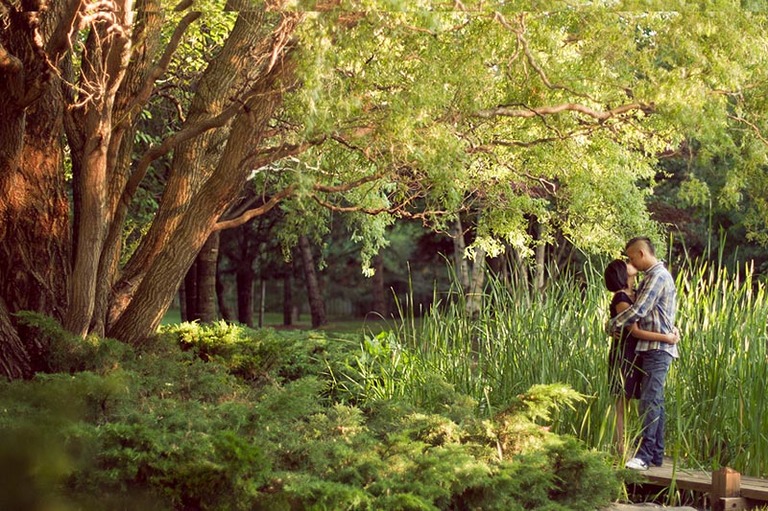 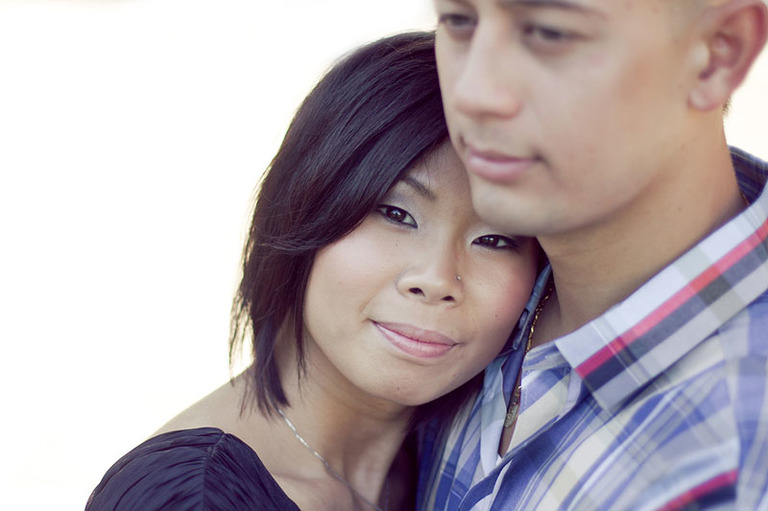 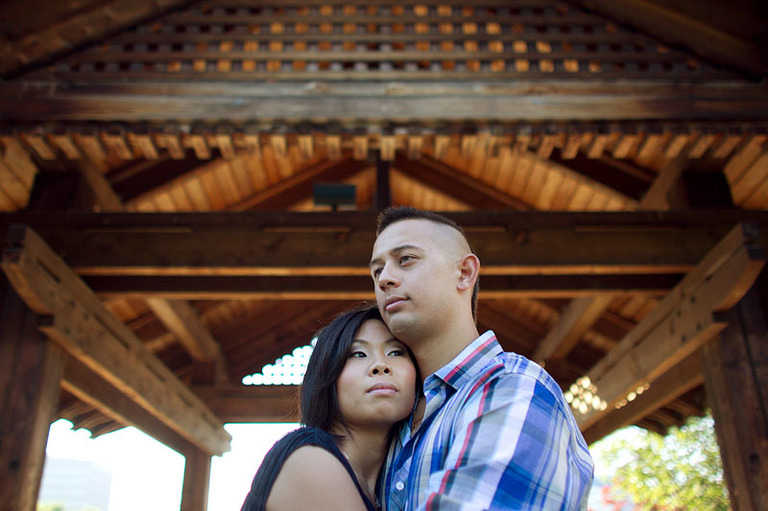 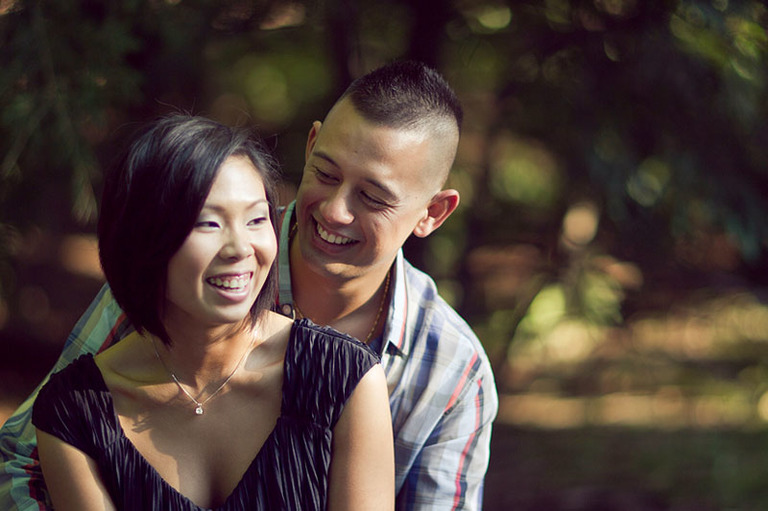 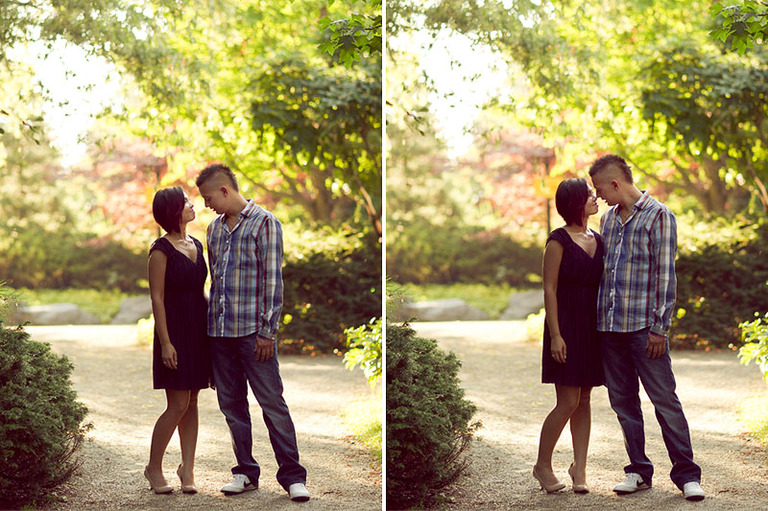 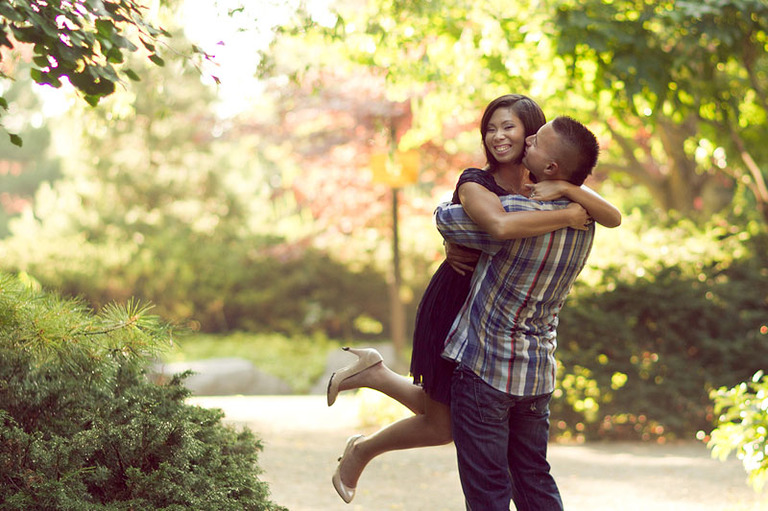