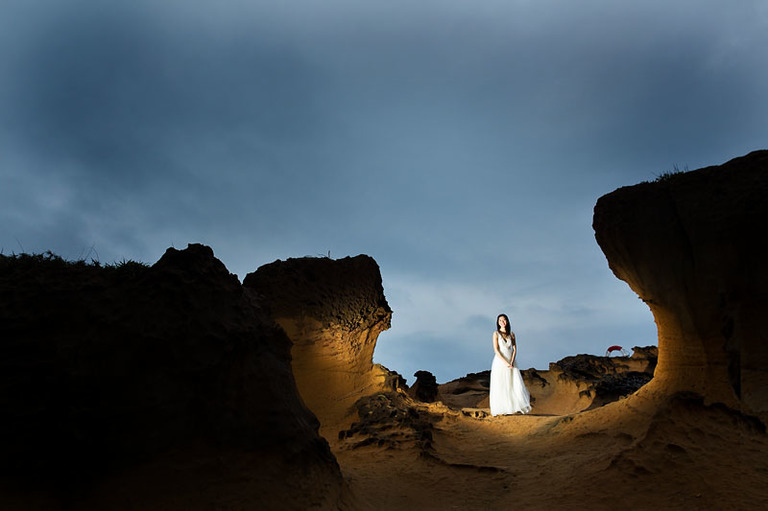 Wow…I was suppose to only post a teaser image but I was sooo excited to blog about this awesome session today.

As you may already know from this previous post , I am currently in Taiwan with Lucy, Albert and Sandy. Now, since Sandy and Albert’s wedding back in July, they have been talking about doing a trash the dress shoot. Locations and ideas were suggested here and there but nothing really materialized until we found that our off season trip/their honeymoon overlapped in Taiwan. It was then that we decided that Taiwan would be the country for where this shoot would take place.

Lucy, being from Taiwan knew that Yehliu Geopark in Panchiao City would be the perfect backdrop for such a creative. Unfortunately, getting to the park took much longer than originally expected and by the time we got to the location, it started to rain slightly and we were losing light fast. Thankfully, Sandy was a true trooper and braved the rain and cold as I created these images. Now although these sessions revolve around the bride and the dress, I needed to get Albert in there with his wife as they are such a sweet couple together.

Now, we may not have trashed the dress…..yet…but we are planning session 2.0 soon. Check out Lucy’s sneak peak of this session here
Small Sandy, checking out Big Sandy =) 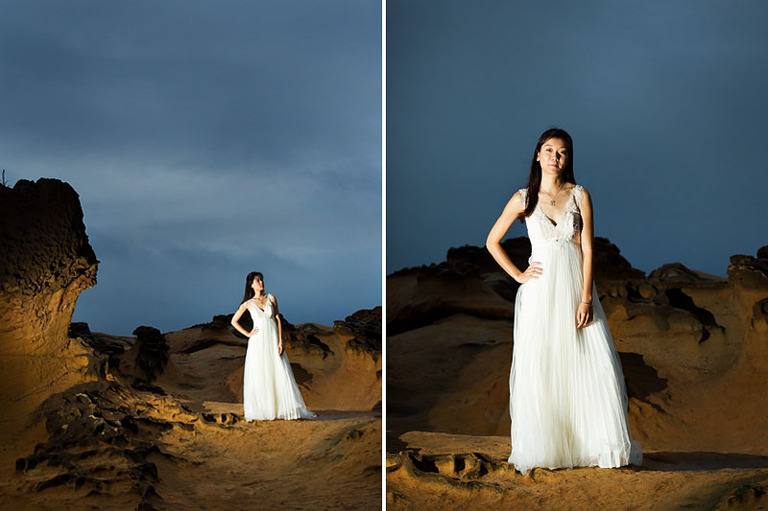 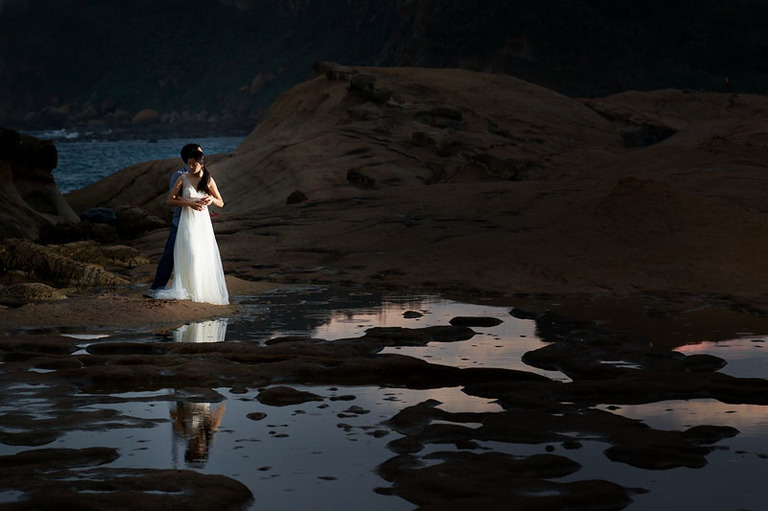 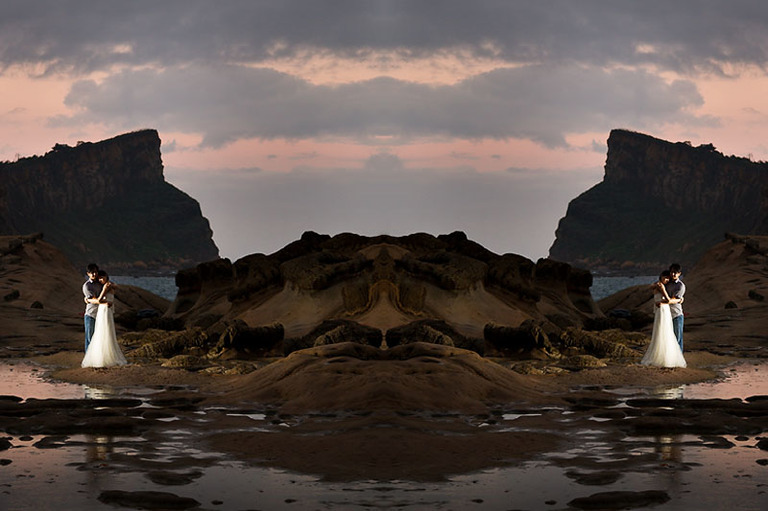 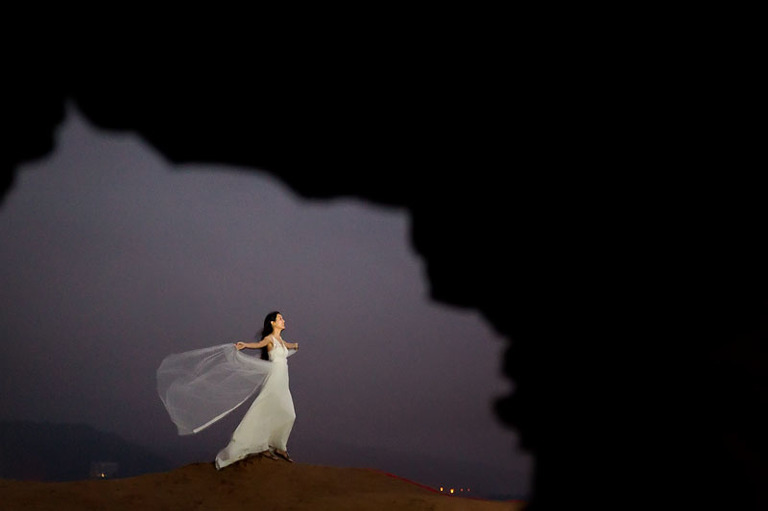 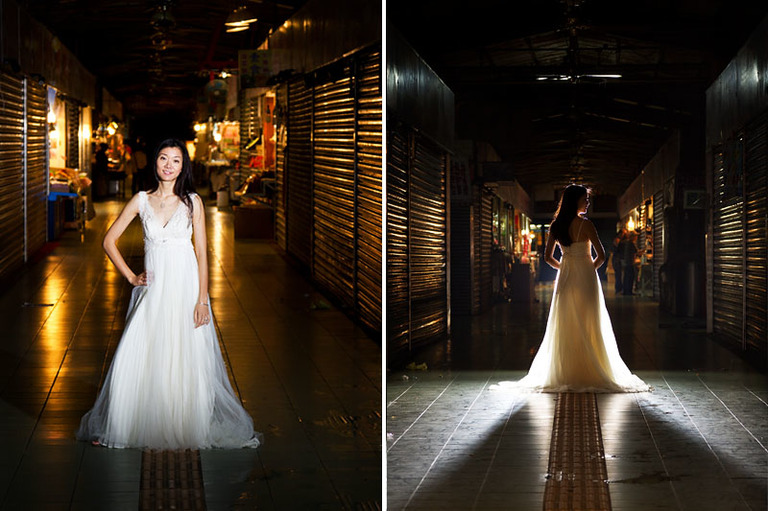 « what is that?!better than snow »