I must admit, when I was younger, I did not appreciate Hong Kong for what it was. Now counting back, I have visited Hong Kong every year for the past 3 years. There is just something about it the culinary delights, the exploring of the city’s soul and people that is so….captivating!

This year Lucy and I went back to Asia for a shot 2 weeks for our Asian receptions…more on this in another post. We bounced from city to city, but made sure we had a quick layover in Hong Kong. Leading up to this trip, my brother Rob got me hooked on Anthony Bourdain’s Layover series. This top chef’s wit and humour just made the culinary adventures that much more interesting!

So, on our Asian tour, we had about a 2 hour layover in Hong Kong from the moment we arrived, till the moment we had to be at the gate, which meant, after factoring travel time, security checks, we had 1 hour to ourselves in the city. 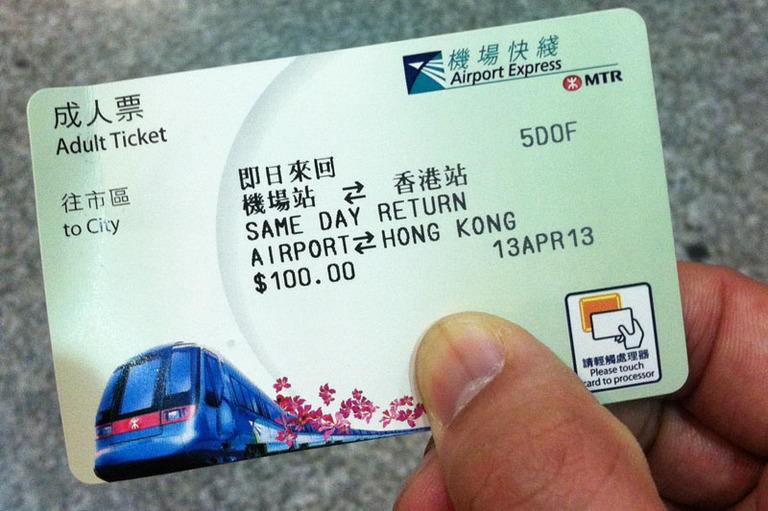 4:58 PM Our first stop is one of the best bowl of Won Ton noodles ever at Mak’s Noodle!! It’s a simple dish really, but to get the noodles and broth just right is difficult. My only criticism is  that the won tons could have been larger like the ones I enjoy at Jim Chai Kee here in Toronto. 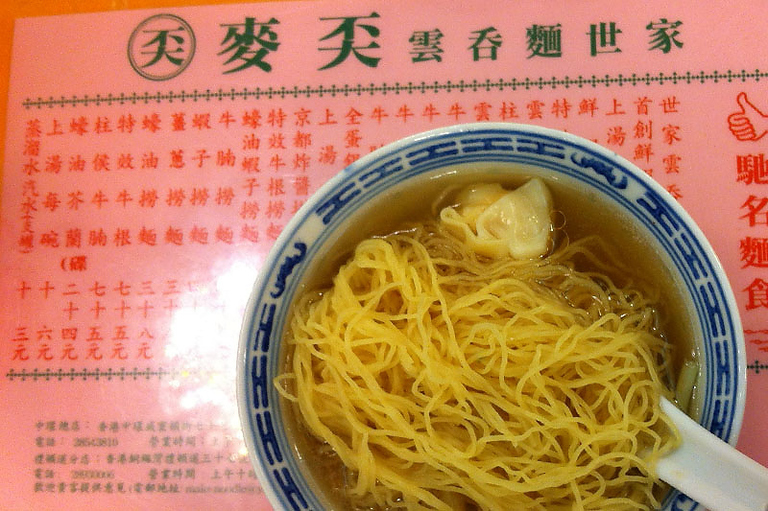 5:05 PM Yes, we DEVOUR this stuff quick, not to mention that this next place is right across the street. Jim Chai Kee, Hong Kong, not sure if there is an affiliation with the one in Toronto but we’ll try. Noodles and broth not as savoury. The won tons are larger, still not as big as the ones in Toronto. 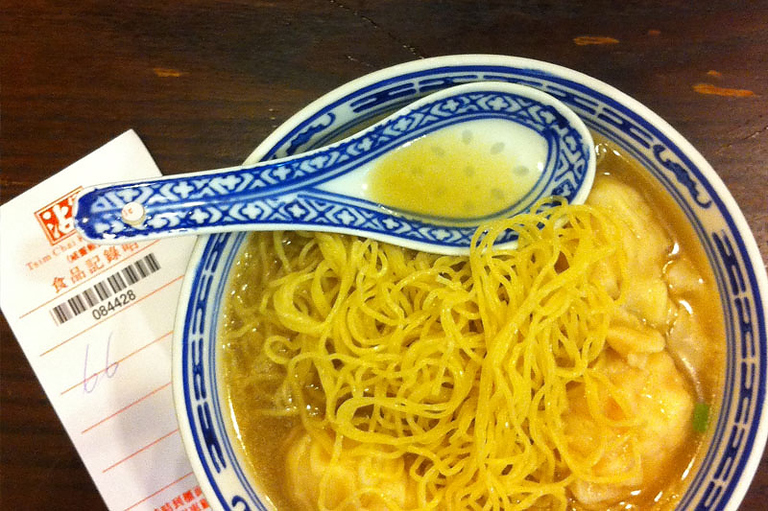 5:15 PM We were looking for an egg tart place but could not find it. Darn I miss having data on the phone when abroad. Asking locals lead us to a pawn shop with a similar name. No eats here! 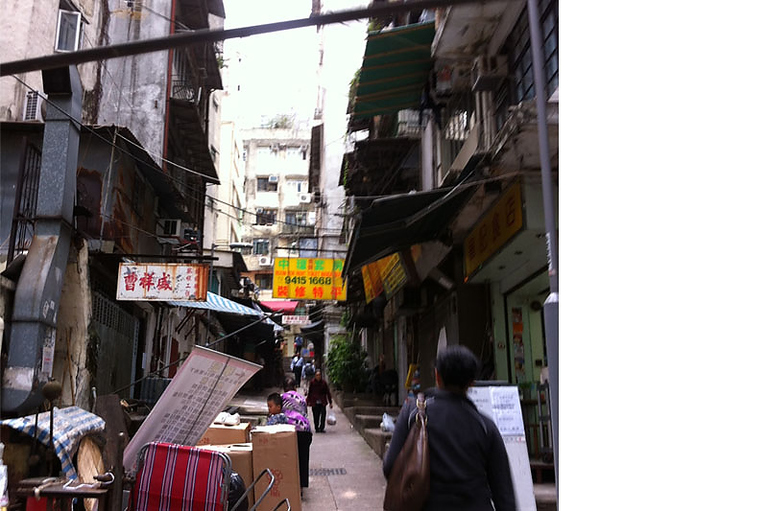 5:20PM We then moved on to a BBQ place where we sat with our soon to be meal. We knew it would be good since Anthony Bourdain himself had visited here before! Could not help but score a photo of my brother and his culinary hero. 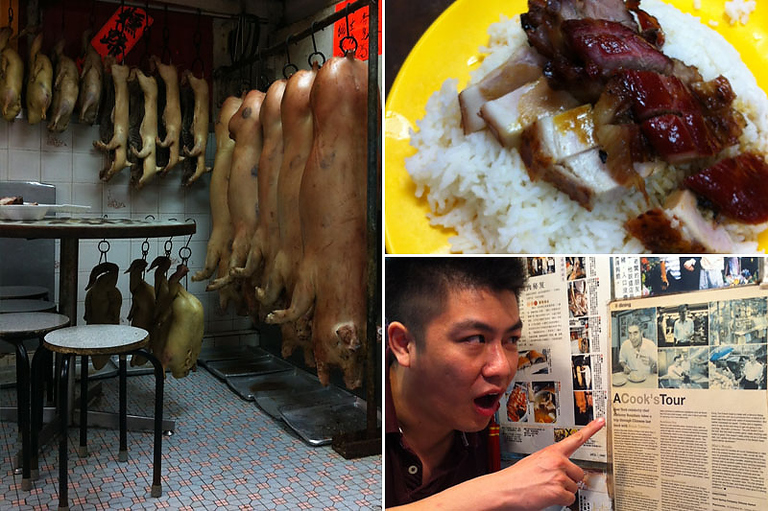 5:29 PM Must admit, we had to slow down at this point. We were looking for quick snacks now, rather than meals. The amount of MSG we had was also taking a toll so we were thirsty. We stopped by the 7/11 where Lucy could not resist getting an ice cream bar. 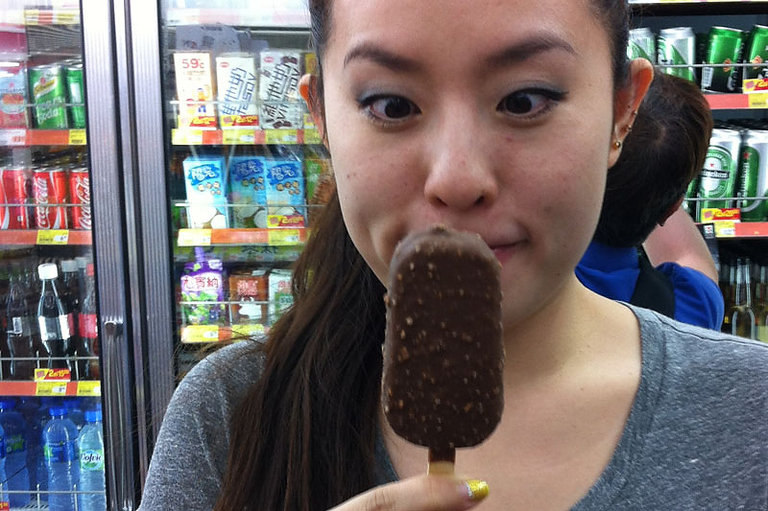 5:34 PM As we roamed the streets, we came across this little place with a long line up. Apparently a breakfast place that had been in business for over 40 years!! Again, we were not really into a meal and since we were thirsty, we al got a milk tea. Not sure if it was the thirst or that it was actually that good. Just the right amount of tea to milk, the ice ratio was a little high for my liking though. 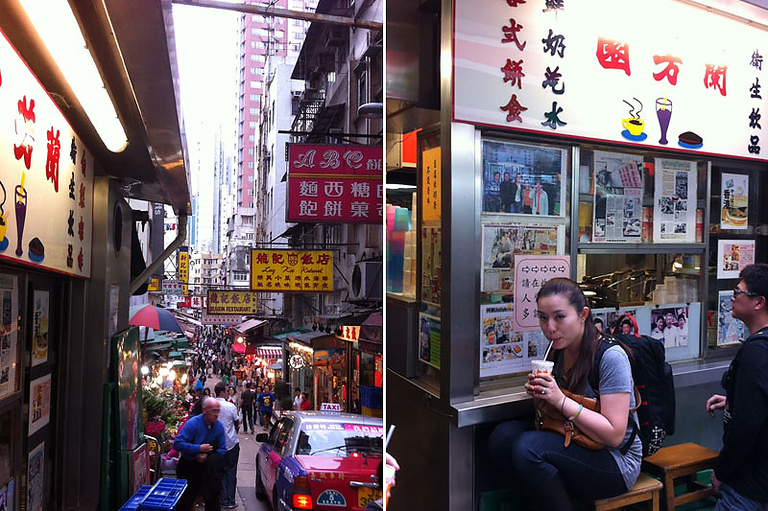 5:49 PM Our last stop…we did not know what to eat next!!! I suggest maybe we should just eat McDonalds but Lucy and my brother vetoed that. We dashed over to   Tim Ho Wan. It made sense as it would be our last food stop and the train station to the airport was right there! Not to mention that Tim Ho Wan has been awarded a Michelin star for their reasonably priced dim sum. When we got there, the line up was insane, which is where we looked at the clock and decided to call it, our little culinary speed race had come to an end. I regret not taking a photo of the line at Tim Ho Wan. =( 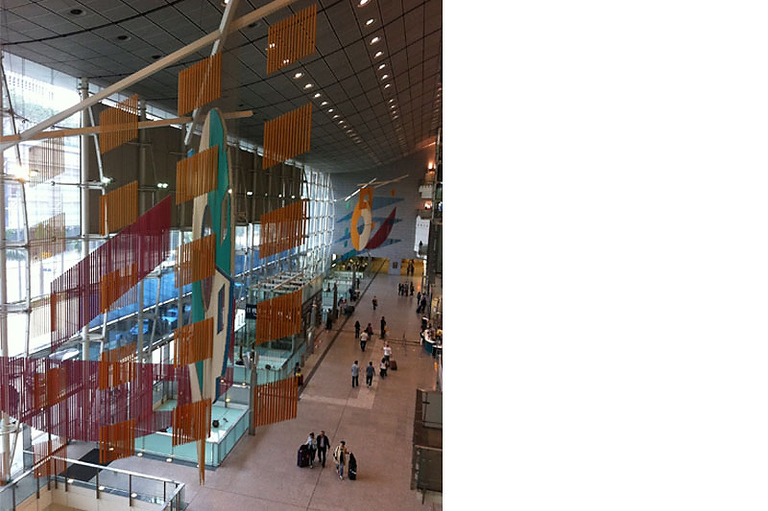 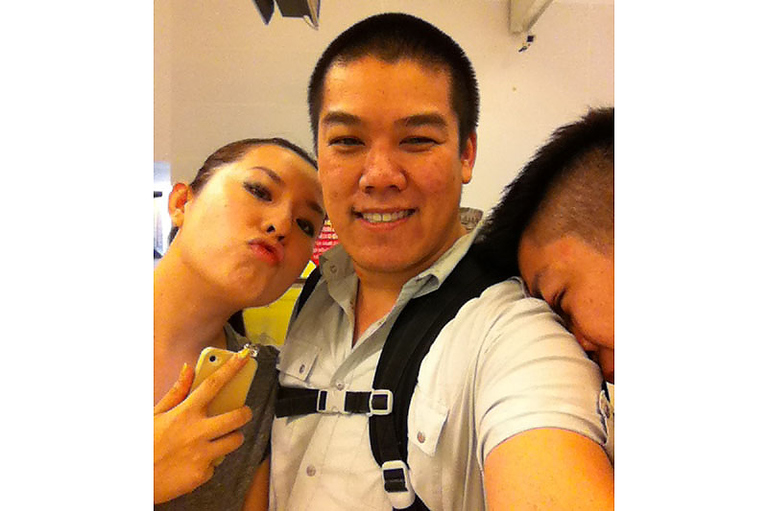