I have been meaning to write this post for quite some time but never knew where to begin to eloquently put it. This would be my sixth attempt and I find it a little crazy that this comes to me now as I blazethrough japan at 200+ kilometers per hour on a shinkansen bound for Osaka. There is just something peaceful and calming about traveling by train that you don’t quite get while on the plane.

I have yet to meet someone who does not like to travel. Even if you are not adventurous per say it’s nice to see or experience something new. This being said people travel very differently. I recall my last trip to Japan a couple of years ago with Lucy. The trip was focused around trying new food and getting immersed in the culture. Tourist attractions served as guidelines, not the main destination. I remember there was one time where Lucy brought me to the Imperial Palace in Tokyo. I was a little let down by the fact that we could not tour the inner grounds. Of course not! Lucy exclaimed, the imperial family still resides there! duh! While accepting her logic I noticed something in the distance. It looked like a radio tower, yet it was lit in such a way to draw special attention. I asked her what it was and she guessed that it may be Tokyo Tower. Being curious, I suggested we walk towards it to confirm my curiosity. The tower on the horizon was our beacon, we did not know how long the walk would be but along the way, we detoured and stumbled upon a unique shrine and an awesome coffee shop. About an hour of walking later, we discovered that the tower was in fact Tokyo Tower. For us, it was more about what we would find along the way rather than just going to see it. Yes,this involved a little bit of walking but we found that stumbling upon things were much more rewarding than if we mapped out the route.

Segway to the present time and I am delivering this blog post to you while I am on my way to Osaka via Shinkansen (bullet train). As I feel the train catapult myself and the other couple hundred or so passengers forward I am pleasantly reminded about a decision I had to make recently, allow me to share. A little over a month ago, I chose to leave my place of full time employment to pursue my passion of becoming a fulltime wedding photographer. I have never left a job before, the concept was so foreign to me that I needed to google “how to write a letter of resignation”. Actually submitting my resignation letter was equally foreign and scary to say the least. I recall having to print a second copy of my resignation letter because I clutched onto the first one for so long that i made creases on it and it would have looked like something typed up on a napkin. With the support of family, and friends near and dear to me, I was reminded that doing something one is passionate about is an important part of life’s journey. The thing is that I loved my work and I loved the people I worked with, it was just that my passion was now more focused, and in order to fully pursue it, I needed to pick one. I drew inspiration from Jeff Bezos, Steve Jobs, Tim Ferris, Stewart Brand, Cheri Huber, Benjamin Disraeli, to name a few. Let me tell you, taking the risk is never easy, and there is never a good time to do it, but looking I know that I made the right decision. The next couple of weeks after submitting my resignation was difficult, leaving the work was one thing but leaving my extended family was tougher. My three years at my workplace seemed short but during this time, I forged many lifelong friendships and learned a great deal on a world I never knew existed. For this I am eternally grateful. Below is a quick slideshow of photos I took of the individuals I had he pleasure of working with over the years. They were taken with my iphone courtesy of Hipstamatic. Thank you so much for everything guys. There are a few photos of people that were not taken sorry. Thank you so much. 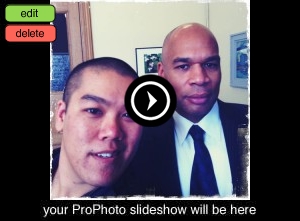 Now on a little lighter note. Spend time with family and friends guys. Re-connect with past friends and see what’s up. My brothers and I realize that time is going by so quickly that we decided to take a brother trip. Unfortunately my younger brother Patrick could not make it due to exams so it’s just Robert and I in Japan. Surely another trip for the three of us will be planned. For now, this trip has gone well. I must say that hostel life, albeit more affordable and exciting as we get to meet other travelers is just not for me. Something about it that I can’t quite articulate or put my finger on. I am not saying that it’s a bad way to travel, no, I have already met a few backpackers who have shared their world travels with me, I am jealous of the 30 stamps they have on their passport. I am just saying it’s not for me.

My “travel” phone (iPhone) proved to be one of the best travel tools. You don’t know how many Japanese language and transit maps I have loaded on this thing. Where it fails is that many of the applications require a data connection,something that is super expensive in Japan. If you plan on traveling here, don’t even think about getting free wifi as there are far and few between. I am also very thankful for my brother Rob, as he always manages to keep things fun and light with his somewhat immature behavior. I could only imagine how it would be like if Patrick was here too. Rob is some what of a foodie. Because of him, I have eaten soba noodles from a place that has been serving it for over 220 years, tried chicken sashimi (don’t know it till you try it), hormone, among other foods. Not sure if I will be creating a dedicated blog post for my travels but you can follow my random photos here on my Tumblr account. The majority ofthe photos will be of food and stuff that I come across as interesting. I plan on maintaining it to a photo a day of some sort when I get back.

Traveling and life have many parallels. At the end of the day, we all share the same inevitable destination, however how we chose to get there is really up to us.

« Nechelle and Jivan are engaged!!Lisa and Gerrard are Married!!! »