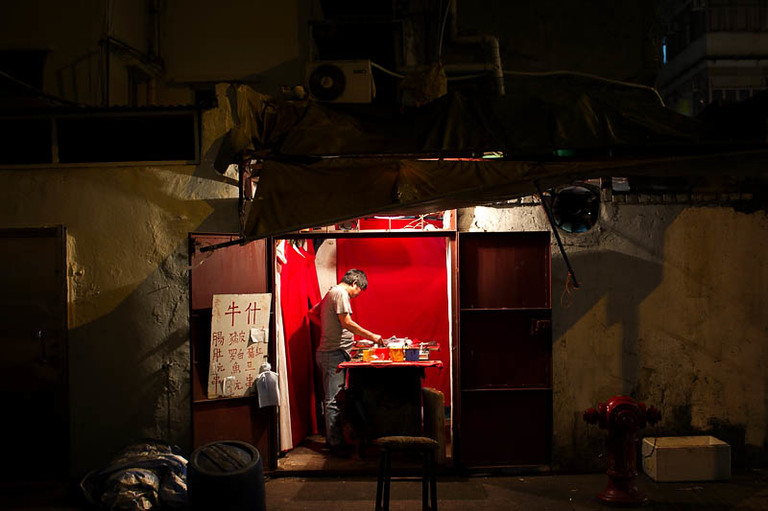 While roaming the streets of Hong Kong, you will undoubtedly walk by some food stand/stall somewhere serving some tasty food. On one such walk our friends and I (Lucy, Albert, Karen) were intrigued by a clipping sound. It was subtle but distinct, we looked around and found that it came from this little I mean establishment.

We moved in closer to find out that this place was selling beef parts.  Me not being a fan of such delights wanted to move on, but Lucy and Karen were intrigued/curious. It’s not like they have never tried eating this kinda stuff before, but trying from this particular place was different. So they made their order and the guy sniped away at the bits with an Edward Scissorhands like motion.

Lucy and Karen asked fo some hot sauce and I take it that his original supply was depleted so he needed to go to the source. Out came a huge tub, just about spent, which he shuffled back and forth to get out. It reminded me of those ketchup commercials where people had a hard time getting it out of the bottle, a little entertaining.

So, how did it taste? Well again, I am not a fan so I did not try it out, but according to Lucy and Karen, it was all pretty good. 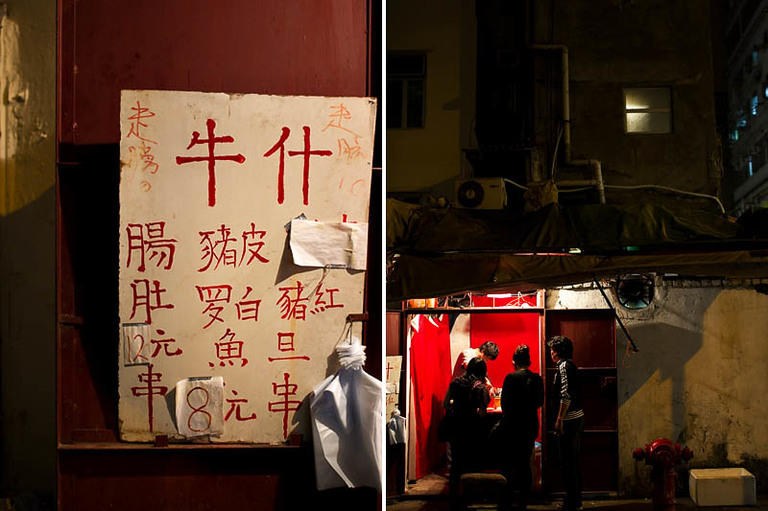 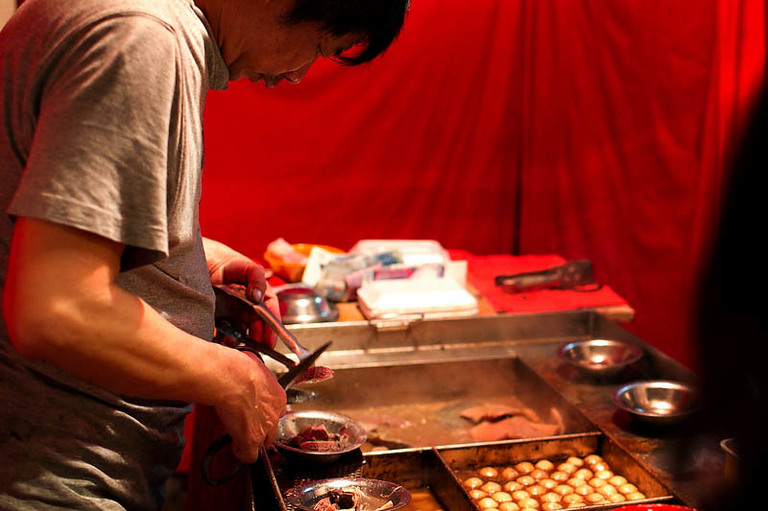 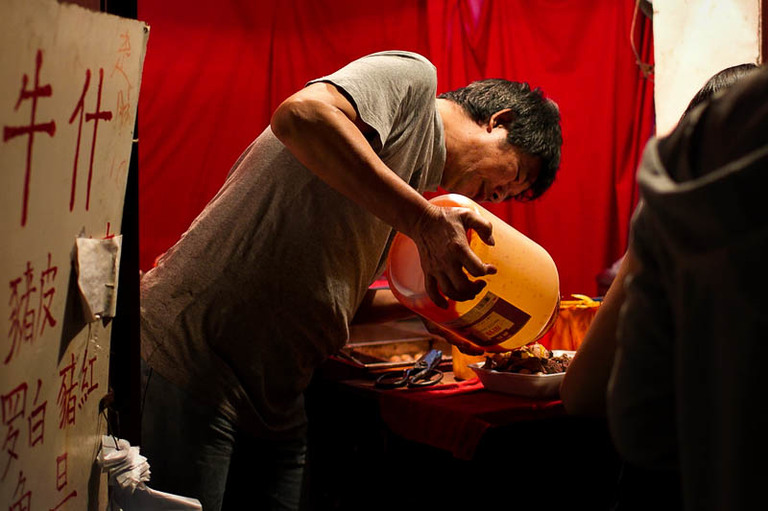 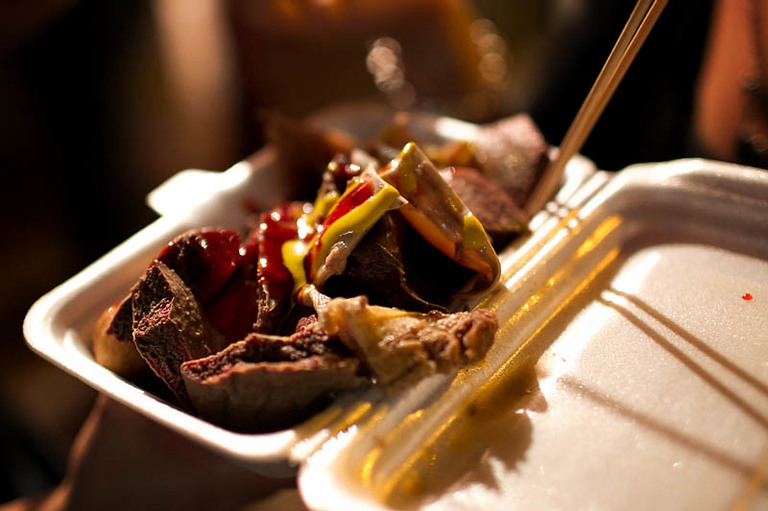 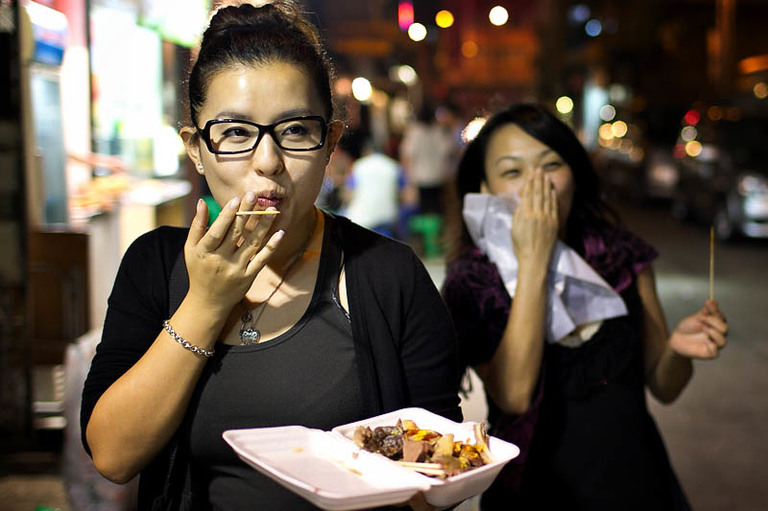 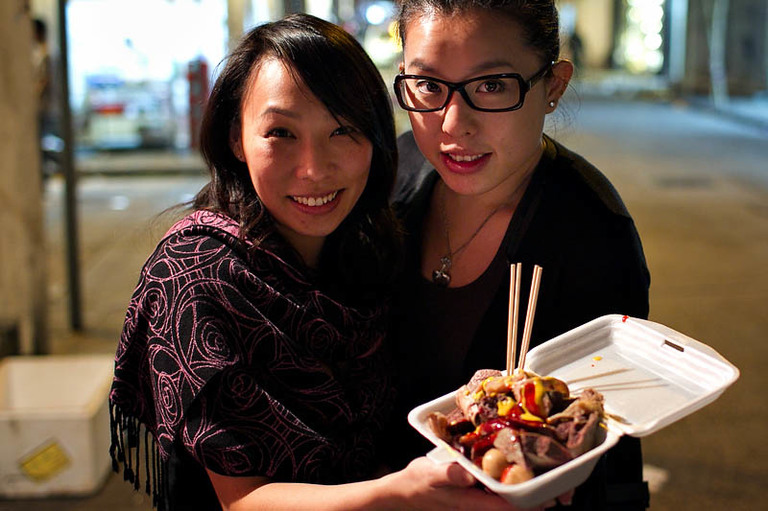